Director of the film, "Puppy Culture - The

Did you know that your puppies will have larger brains and be more emotionally stable if you raise them in an enriched environment? Here's a clip from our film, Puppy Culture, that talks about the incredible results of what we call "The Enrichment Effect." 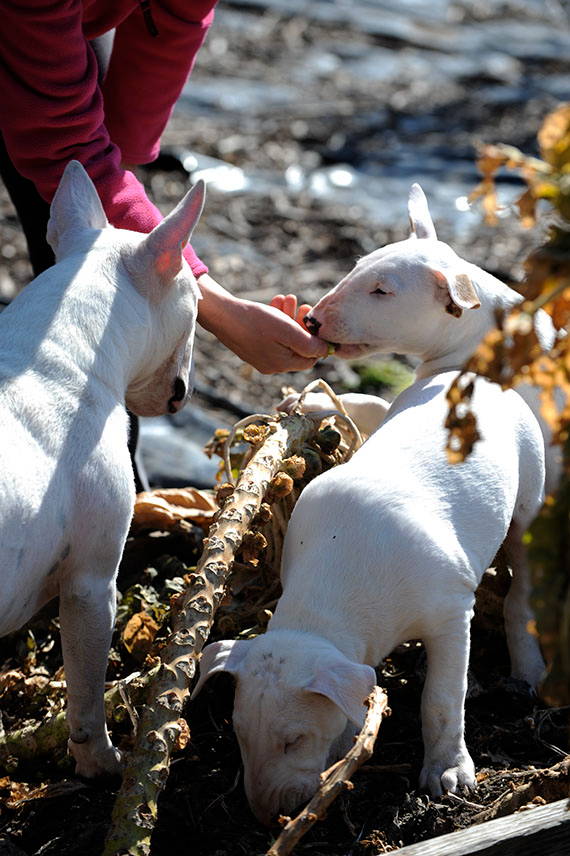 Animals raised in enriched environments have been shown to have the following physiological changes over animals raised under standard laboratory conditions:

The result of these physical changes in brain structure result in the following intellectual and emotional benefits:

•Improved ability to learn and remember

While many breeders are hip to the idea of enrichment, very few breeders understand that just providing toys and social interaction is not enough to take full advantage of what we call “The Enrichment Effect.” The optimal enriched environment will offer the following three things: 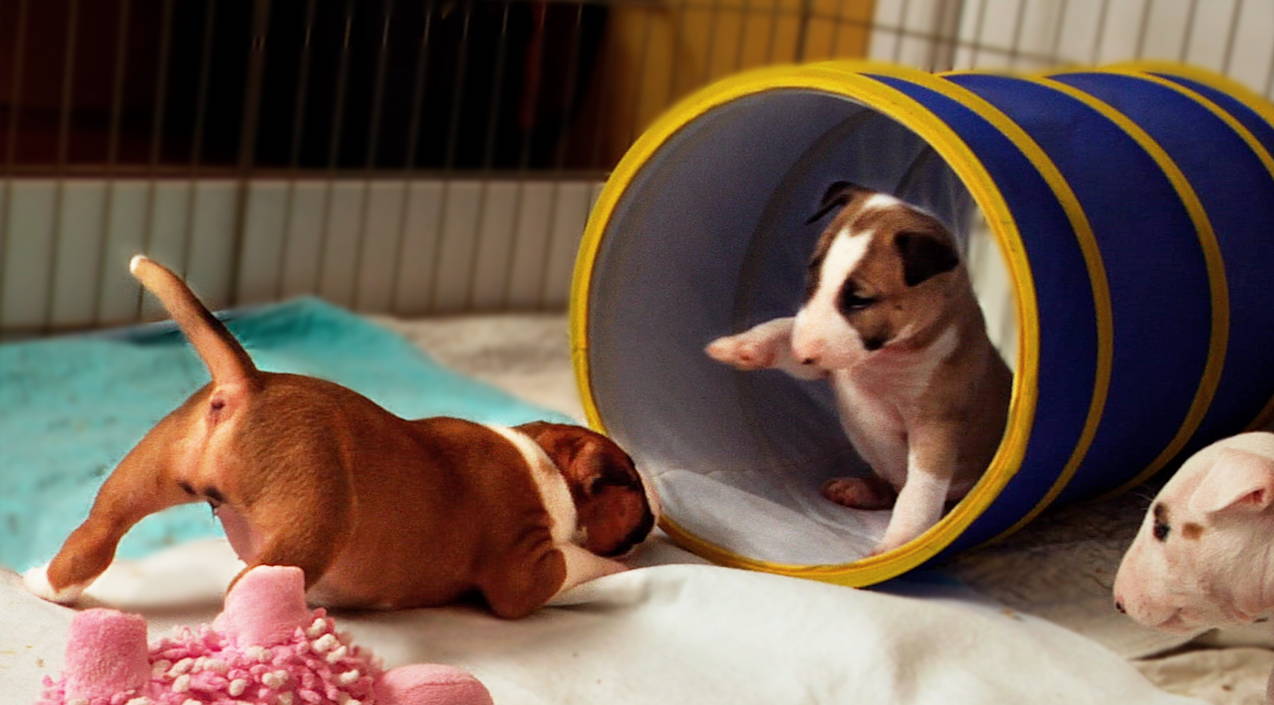 1. Stimulating living area - for example, toys, visual objects, different types of footing, different sounds, and social interaction. Breeders have done a great job with this in recent years, and there are even a number of commercial “play pen” type products available for puppies.

2. Exercise - Including adequate space to move as much as the puppies wish to, “jungle gym” type challenges such as climbing and outdoor exercise, when possible.

3. Problem solving and learning - “Active” training challenges, where the puppy is presented with a problem or training task, and then asked to solve that problem for a reward. This is as opposed to “passive” challenges usually provided by breeders in the form of toys and interactive objects. Interestingly, it appears that the task has to be motivated by positive reinforcement for neural benefits to take place. Apparently, the hormonal effect (cortisol release) caused by corrections or aversives inhibits the growth and survival of brain cells.

The Whole is Greater Than The Sum of the Parts

What’s interesting is that each of these components of enrichment will positively affect the brain in a different way. For instance:

• Exercise alone has been shown to increase the thickness of the cerebral cortex (the “thinking” part of the brain), but has been found not to increase the formation of the neural connections in the brain (synaptogenesis) which are necessary for learning and memory.

• Stimulating (“enriched”) living environments have been shown to improve brain cell survival, but may not increase the number of new cells being produced.

• Problem solving and learning appear to increase neural formation, survival, and neural connections, but have been found to not be as effective as exercise in forming new blood vessels (aniogenesis) in the brain.

Although I’m not aware of a specific study that addresses this, it’s easy to see how the distinct effects of stimulating environment, exercise, and learning could fit together like interlocking fingers and leverage each other’s delivery on the Enrichment Effect. So breeders are well advised to include all three in their puppy rearing program.

More Is Not Better 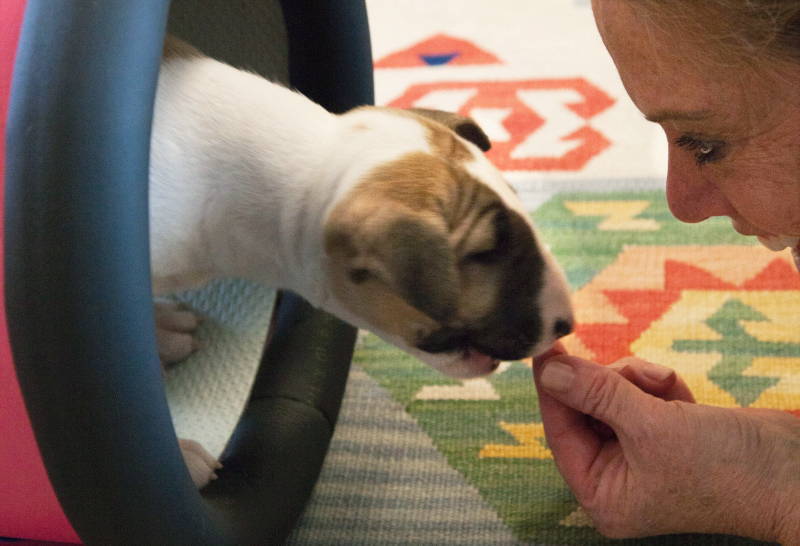 Too much stimulation and challenge can be as harmful as not enough, and something that is extremely beneficial one week of a puppy’s life could be detrimental in the next. So, as with everything, a balance is needed.

You can certainly get a lot of good ideas for environmental enrichment on the Internet, but we’re going to pitch Puppy Culture here, because we’ve provided in-depth, week-by-week instructions for age appropriate enrichment protocols. We show you how to tune stimulation/enrichment to your puppy’s level of development, which is key to a successful enrichment program.

There’s plenty of evidence that animals of any age can benefit from the Enrichment Effect. Even if your dog or puppy was raised in an impoverished environment, he can grow new brain cells and form new neural connections.

So why do breeders need to jump in and start so early?  The key here that the critical socialization period is this incredibly short time where we have an opportunity to make an exponentially bigger impact on behavior, compared to even a few weeks later in the puppy’s life. 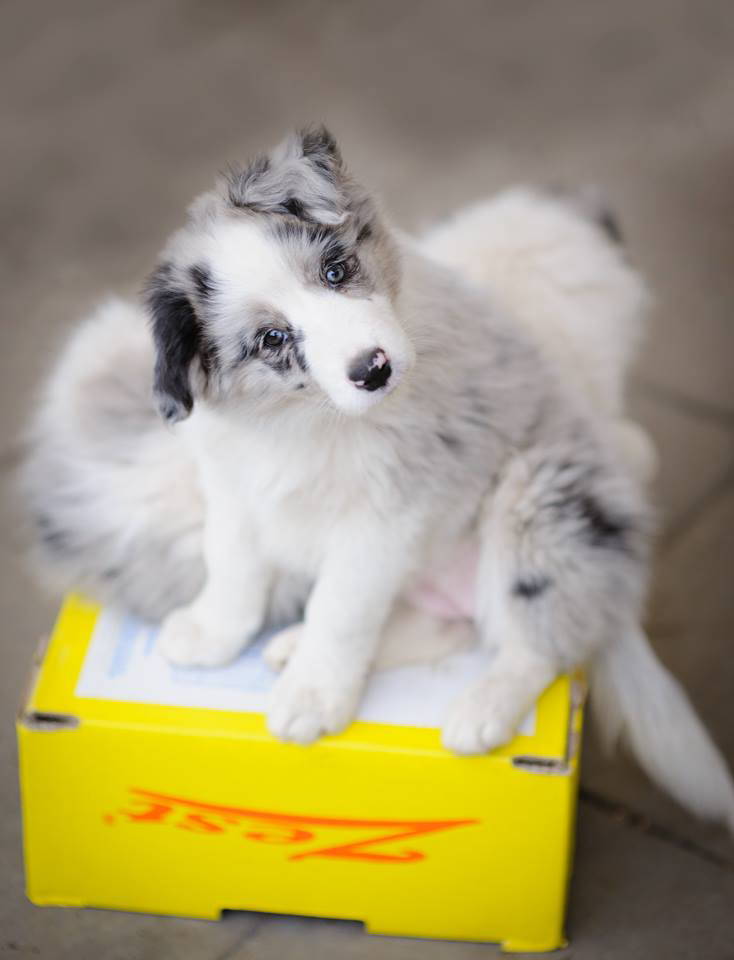 As Dr. Meghan Herron DVM and Jean Donaldson point out in Puppy Culture, you’ve got about 9 weeks (from age 3 weeks through 12 weeks) to get your primary work done. Things start going downhill rapidly at 12 weeks and by 5 months of age the ship has pretty much sailed in terms of being able to impact behavior with only a couple of exposures.It’s my position that I want to give my puppies all the brain power I can so that they can assimilate as much information as possible during this critical socialization period. This is strictly my hypothesis, but I want to give the information I pour into my puppies a chance to “stick” and I believe the Enrichment Effect can help.

Do I Really Want My Puppies to Be That Smart? 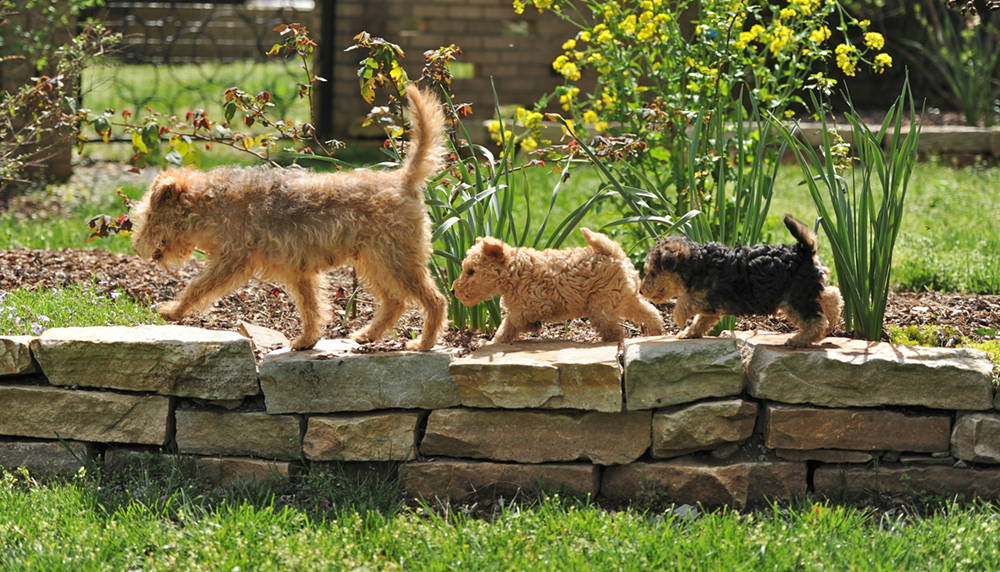 I have heard breeders question whether high intelligence is desirable in puppies. They’re afraid the puppies will be too “busy” and difficult for average pet people to handle.

The good news is that the ultimate benefit of the Enrichment Effect is increased emotional stability of the puppies. Better recovery from fear, less fear-based aggression, calmer, and quicker to learn basic “commands.” So the kind of intelligence that enrichment cultivates is compatible with an “easy to live with” kind of dog. In sum, the Enrichment Effect is a net plus for everyone, and every breeder and puppy owner should take advantage of it! 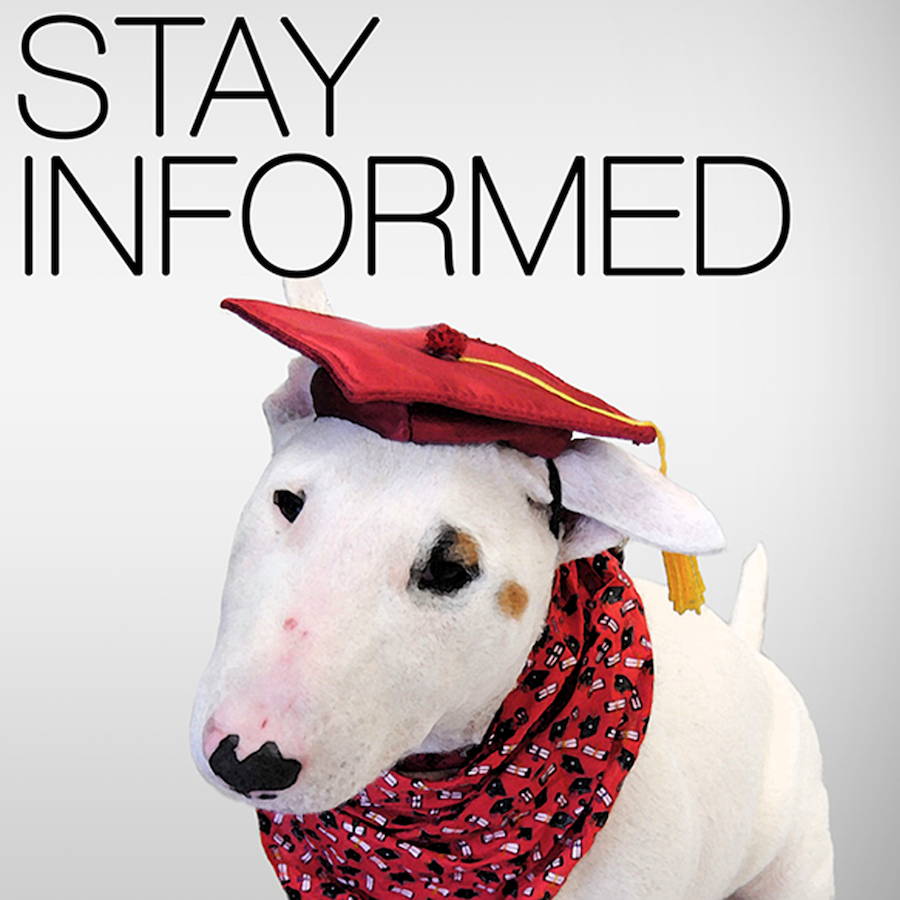 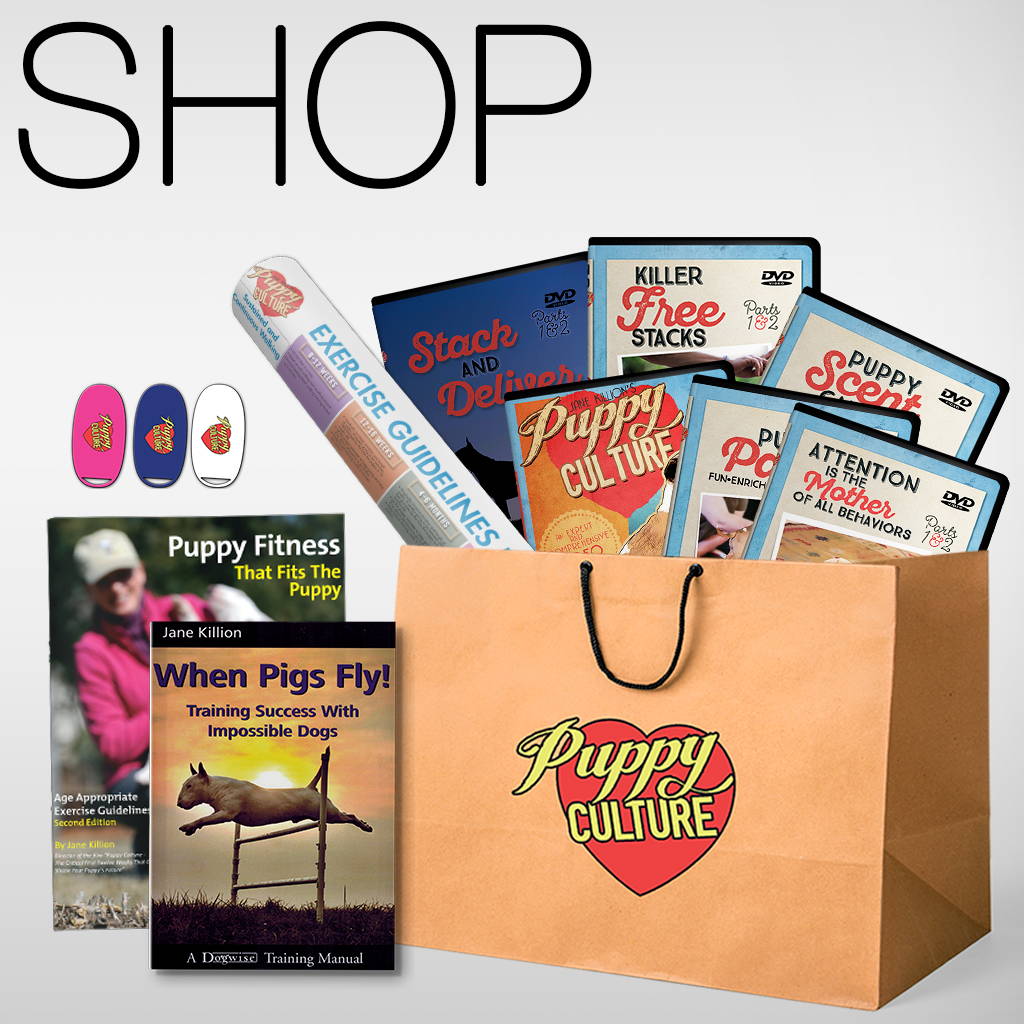 Jane Messineo Lindquist (Killion) is the director of "Puppy Culture: The Powerful First Twelve Weeks That Can Shape Your Puppies' Future" as well as the author of "When Pigs Fly: Training Success With Impossible Dogs."

Her interests include dog shows, dog agility, gardening, and any cocktail that involves an infused simple syrup.

For further reading and citations to the studies and findings mentioned in this article:

Psychobiology of plasticity: effects of training and experience on brain and behavior

Effects of environmental enrichment on gene expression in the brain